San Carlos Elms participated in this years 35th San Carlos Hometown Day Parade today.
The Elms has participated for the past four years.
Each year the staff decorate the bus and the Residents have a party on the bus, enjoy the ride and the parade. 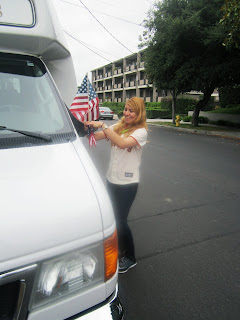 Ismary was one of our helpers this morning. 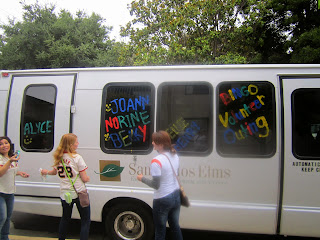 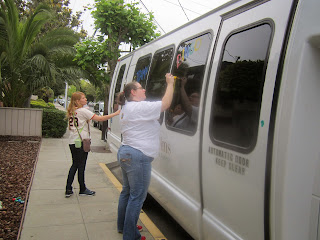 Kathleen, the Activity Director, helped with the bus too. 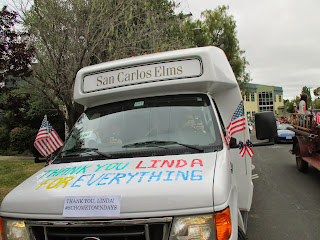 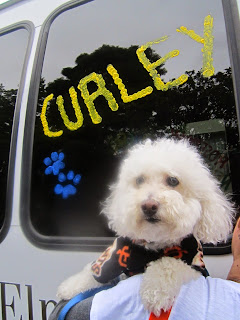 San Carlos Elms house dog Curley even made an appearance in the parade. 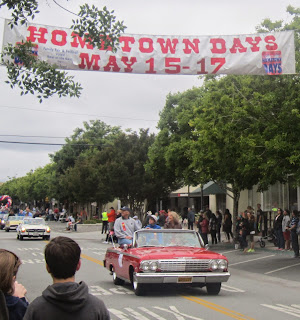 Mayor Ron Collins who visits The Elms every month to let the Residents know what is going on in San Carlos. 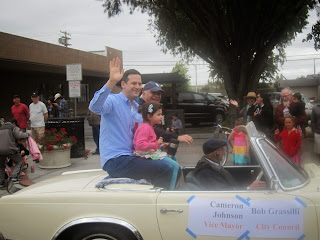 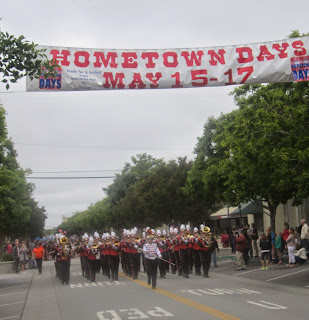 Woodside High School started the parade great with the theme music from Superman. 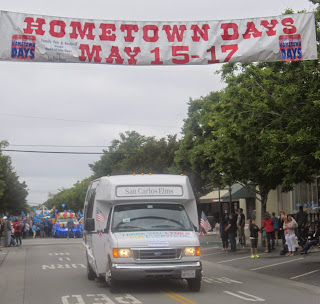 San Carlos Elms driving past the reviewing stand. Residents loved it when Monica, the driver opened the bus door and they announced, "Look at all those people inside. That's wonderful." 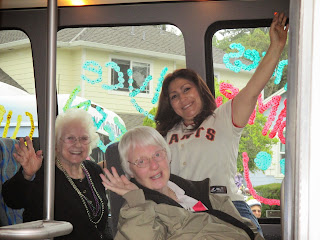 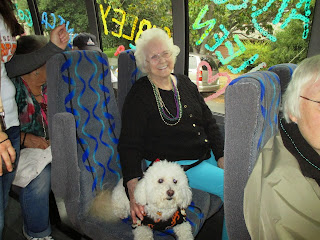 Becky taking care of Curley before the parade. 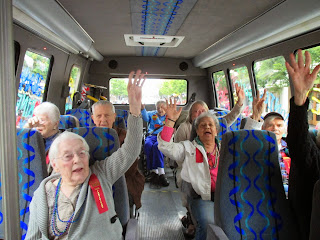 All the Residents practicing their waves. 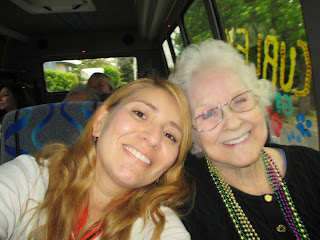 Ismary and Becky showing off their smiles. 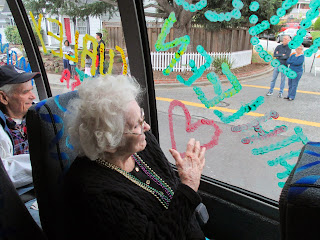 Becky waving at the crowd. 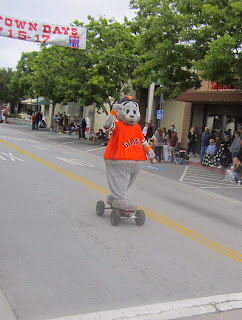 San Francisco Giants mascot Lou Seal made it to the parade. 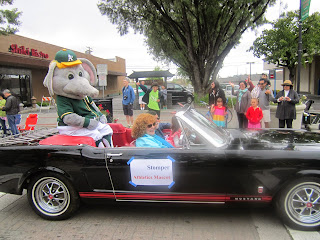 Stomper from the Oakland A's made it too.
Marilyn and Pete were driving Stomper.
They are family members at San Carlos Elms. 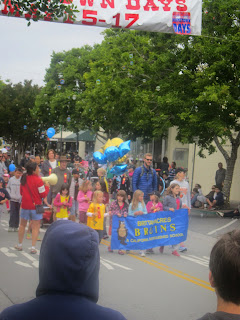 Brittan Acres was there too. They visit The Elms a lot. 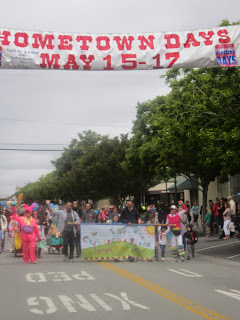 Children's Place does a lot of activities in our Memory Care Program. 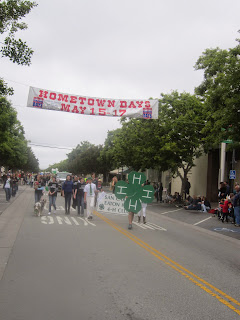 4H does a lot of volunteering here at San Carlos Elms.
Arts & Crafts, singing, playing music, visiting animals, games, and socializing with all of our Residents. 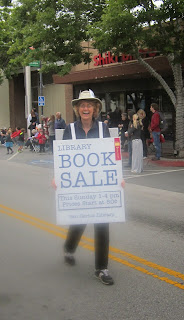 Karen was the "Sandwich Board Lady" for the San Carlos Library this year at the parade.
Her parents are very active at San Carlos Elms.
We all had a great time residents, staff and family members.
Thanks again to Linda for all her hard work! 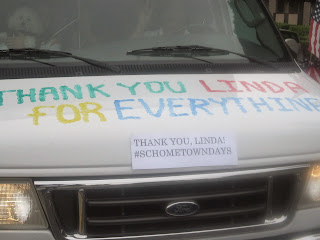 Mary celebrated her 100th birthday with a few family members and staff.   Let's welcome Mary to the Centennial Club! We were happy to h... 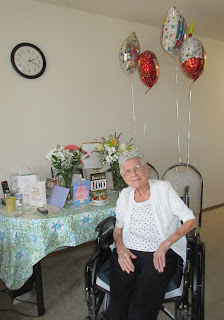